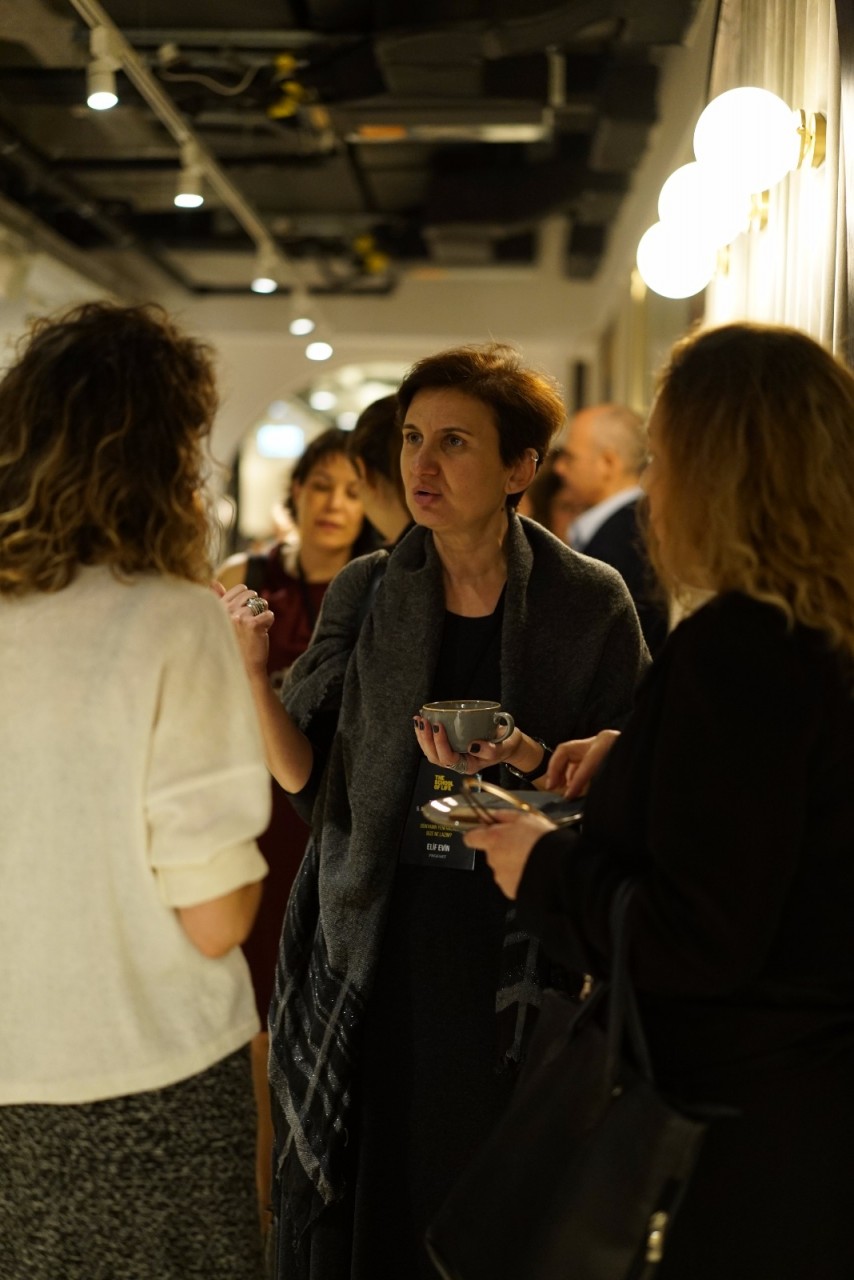 What do you do for a living? Tell us more about you.

I’m a coordinator in art and culture projects. I also teach German to the students and teach Turkish to expats. I am working voluntary in societies and associations for women, children and elderly.

Not as an advice, but a friend of mine told me once, she wanted not to be educated at all, which I found this a brilliant idea

One think you wish you have known earlier in your career

The work you enjoy doing is not working at all.

If you could have any three people (dead or alive) over for dinner – who would they be?

Name a book you read that positively shaped you.

You believe in the sisterhood at work because…

In institutional corporations “no”, because of the competition, but in voluntary organisations “yes”

Who are your role models?

I admire Gülse Birsel and respect Betül Mardin very much.

If you had one superpower, what would it be?

To be invisible and walk around wherever I want.

Do you have any pets? Not now, but I had once a dog

Describe yourself as a teenager in 3 words. Shy, sensitive, innocent

What’s in your handbag right now? My wallet, my keys, my car-registration, sun glasses, tissue, lipstick, little note-book, a pencil, a pen

If you have a time machine to which era do you want to travel in time? Which era? Past or future and why?

Past, ancient times.. to enjoy the -by men not touched- nature

If you weren’t in your industry – what would you be doing?

I would like to be an artist, a singer a dancer or painter to express myself

What’s on your iPod (or cell phone playlist) right now?

If your house was on fire, what two things would you run back in to get?

A painting of Rasin, which I bought with my first earned money and means a lot to me. I also take my handbag with my identity, money and cell-phone in it

Congratulations to You for Over 500+ MentorWIN Mat...

All Women Need to Lean In, Including Women in Turkey