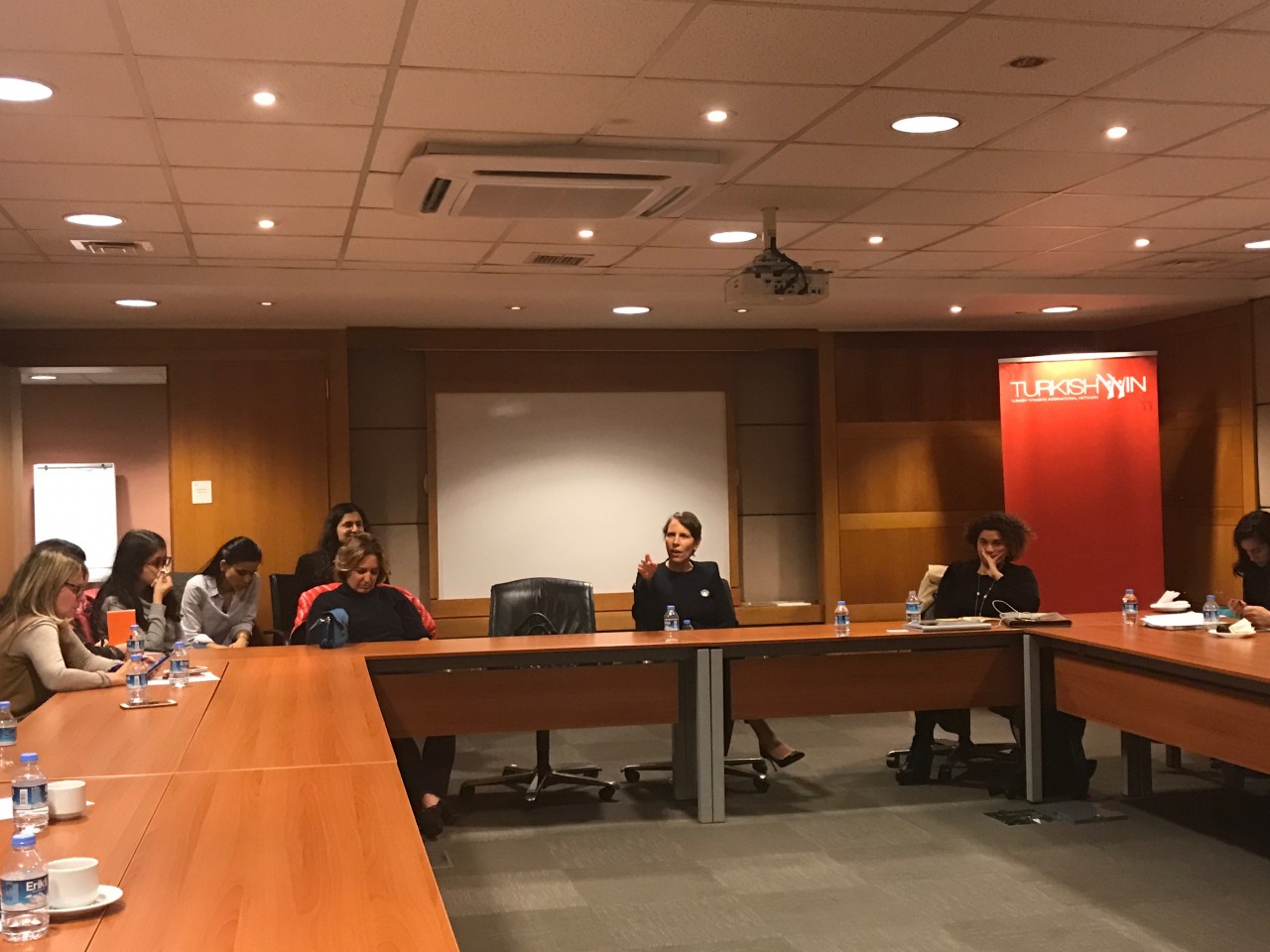 The world is going through turbulent times, underpinned by the fourth industrial revolution, fracturing of traditional alliances between large nation states and a new leadership in the US. Aslı Ay, Managing Partner at U.S. Policy Metrics, led a learning circle, aptly titled "Perspectives from New York" for a wide ranging discussion on world events and how all this might impact our lives in the foreseeable future. In this  free-flowing conversation between guests and Aslı, no subject or question was off limits.

For starters, Asli gave us a good overview of the economic and political changes globally. Here's what the picture looks like:

The U.S. is undergoing a mean reversion process vis-a-vis the country’s political, economic, and foreign policies. After some turnover the Trump administration team is mostly in place. The most exciting bill, the new tax law, is expected to pass in December/January and will make U.S. firms very competitive with lower tax rates than Europe and China. This will give the U.S. economy a huge boost. U.S. will go back to 3%+ growth and this will have profound effects in the world economy.

Europe does not have political union and does not have an exciting economic outlook for the long run. To top that, the growing population in Africa, that will add 1.2. billion people to its population in the next 30 years will become a bigger source of migration to Europe. So far, Europe seems completely unprepared to deal with the next wave of potentially 20 million or more Africans migrating into Europe. This issue goes to the heart of what EU means for the upcoming generations and how much sovereignty individual country voters would want to exercise on this issue.

China’s first growth spurt in the last 30 years was remarkable but relatively easy. Many other countries succeeded doing it, albeit at lower scale. General macroeconomic stability and the willingness of hundreds of millions of Chinese peasants to uproot themselves and move to the cities in search of a better life brought incomes from virtually zero to $10K GDP/capita. Taking the per capita income from $10K to $25K is an totally different challenge and looks risky. To achieve that, China would  need protection of private property, rule of law for contract enforcement and conflict resolution and a modicum of individual freedoms for debate, analysis, innovation. But China seems to be going exactly in the opposite direction.  It is unlikely China would achieve the next level of growth.

Security - old fashioned or cyber - as we know it does not exist anymore. Leading European NATO countries now have to up the security spending to 2% of their GDPs, as demanded by US that has been carrying the weight for a very long time. The current affairs in Russia and the Middle East show us how fluid the situation can be.

Changes in the Industry 4.0. transformation are in full swing. After a lively exchange about the global outlook we dove deep into the Q&A. We will not be able to give a blow-by-blow account of the discussions but here are our takeaways:

Turkey can position herself in the Industry 4.0. revolution by picking a vertical space and encouraging reverse brain drain with strong incentives. As for the specific vertical,  pharma / health care/ genetic innovation space could be a sweet spot if the legal framework could support an open space. Turkish businesses should stop looking within and managing chaos and instead start positioning themselves with a global mindset to stay competitive and relevant. The world simply has gotten more competitive in the last 15 years and this trend will continue. Turkish business must adapt.

As for the gender balance at the work place, Asli’s wisdom echoed with all of us: “Talent is equally distributed between men and women but time, which is the other most important resource,  is not.  Women have to be emancipated at home and men have to step in with household and elderly care and parenting responsibilities. Until that happens, women cannot realize their potential at the workplace.”

We left this learning circle with our brains full of ideas and our hearts a little lighter.

Thank you Asli for bringing a different point of view from New York to our Istanbul learning circle! Join us for our next event - check out our upcoming calendar here.